AS SEEN ON ABC’S SHARK TANK 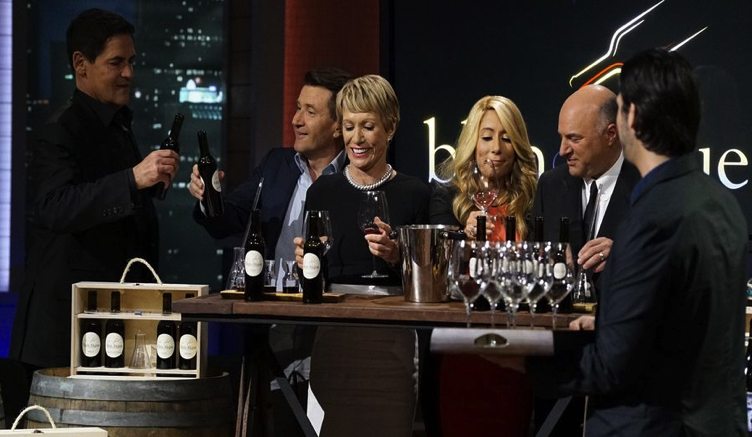 On March 3rd, 2017 Billy & Blendtique Wine Company were featured on ABC’s Shark Tank and the Shark’s definitely got Tanked!

Shenanigans ensued as Barbara & Kevin battled it out to create their perfect recipe.  At one point, Barbara goes so far as to funnel her wine and Mark & Robert drink straight from the bottle!

The results, later to be judged by Mark, Robert & Lori, may surprise you.  Tune-in to Shark Tank Episode 19 of Season 8 to see how we did, if we got the deal, and who won the ultimate Shark Blending challenge.

ON SET WITH THE SHARK’S 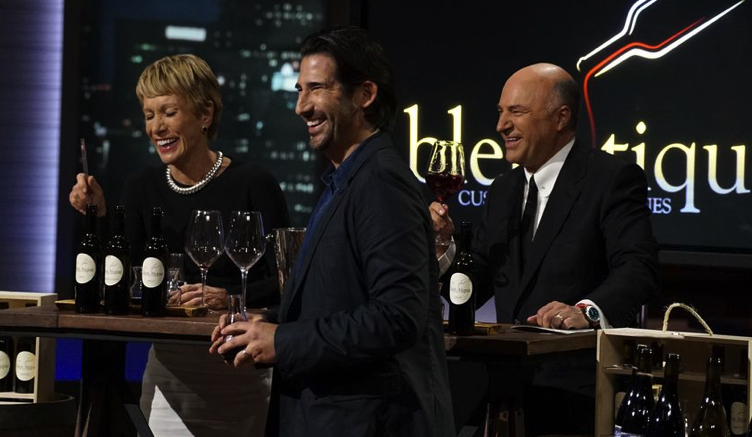 Blendtique was recently featured on Coffee with America as the perfect gift for any wine lover.

Order you Kit, Design your Signature Bottle, and give the gift of Wine Blending today!!

Learn about the Blendtique Process by watching this brief introductory video.

Since we can’t legally post our Shark Tank Audition Video, we thought you might enjoy seeing some of the inner workings of Blendtique by checking out our video application for another segment, Billion Dollar Buyer, which we briefly entertained pursuing around roughly the same time.  Feel free to skip ahead to the gag-reel at the end.  It won’t hurt our feelings.